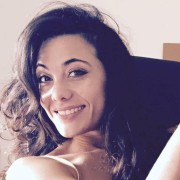 Travellers love my town. What they mainly love is the mild climate, the sea nearness, the north west wind, the baroque art, the picturesque golden white colors of the old town. And local food and wine, for sure.

From this day on, I will periodically write about interesting contemporary art insights in Lecce, since about old history and architecture all travellers will have plenty of good information scattered around the internet.

Today I’ll start from something I love: street art.

As some of you already know, I’m quite fond of street art from all over the world, but only recently I’ve met the truest underground soul of my town and the best part of it lies in the graffiti of a suburban area I grew up in and where my family still lives.

These graffiti can tell you more story than many old (amazing) churches in the old center can.

Let’s tell something of it, in this trip in some of the best street art areas of Lecce to discover graffiti and local modern history.

I’ve been travelling the world… but my everything started from here, the area 167/b, called after
an Italian law (of 1962) that gave the start to economic popular housing edification.

On one hand, this was good, since this allowed many families to have a good shelter and opportunities. On the other hand, the 167 areas all over Italy were for long areas “far from the center” and so from the cultural inputs a community needs to improve. Lecce was no ecception.

Things have partially changed in Lecce. Grassoroots initiatives were born and supported even if the poor public transport system is still something that keeps the youngest away from the main cultural areas.

But this place can give travellers a lot. This place can narrate some important aspects of moderny history that you won’t find otherwhere in the center. Some of this history is visually told in the graffiti.

I’ll start from the graffiti made by the students of the School Giuseppe Zimbalo. The 167/b is called “Le vele” translatable as “the sails” because of the triangle shape of the buildings.
In this area there are many schools, among them the Giuseppe Zimbalo high school.

This school is big, relatively new and in the 80ies this was one of the biggest and best structurated schools in the city of Lecce. I still can’t believe this efficient and perfect educational space was, in the 80ies, turned into a fortified holding cell and siege of the big trial against the leaders of the Sacra Corona Unita (local mafia-like crime association), that was being “kind-of-defeated” in those years.

After the 10 years trial the school was restored and given back to its primary use: educating young people.

I attended the elementary school in this area. I can perfectly remember the police helicopters above my head every day.
Now that I’m grown, I can still see an attitude of marginalization in the institutions’ choice to keep the trial far from the center (that at that time was living the beginning of a future huge popularity. Lecce’s touristic fortune had just begun), using a school to do that and sending the students to have their education in old and unsuitable premises.

The graffiti on the walls surrounding this school are to me a kind of ri-appropriation, an act of beauty-urban-guerrilla, where the 167 and “the veils” become an allegory of strenght, resilience, memory and civic union. The portrait of a young boy prematurely dead and the portrait of Renata Fonte, local politician killed in 1984 because of her opposition to buildig speculation driven by crime association are a tribute to the memory and civil commitment.

The project was led by the artist Francesco Ferrari (Chekos’ Art), that I ‘ll further talk about.

On the other side of the road, opposite of the school fences turned into a canva, there is the building called Le Vele.
In the last years also the the walls of the building and the shutters of the small neighborhood stores have become art, thanks to the action of Chekos’art (previously mentioned) & Ania K and their 167/b street crew.

Not far from here, just crossing one of the long tree-lined street of this nowadays quiet and pleasant area, you’ll find the modern cathedral of San Giovanni Battista. I won’t spend too many words about the role of education and recovery, acceptance and social and civic participation this parish has done for my neighborhood.
In this post I will just tell about the initiative that created one of the best collective streetart projects  I’ve ever seen (and I’ve seen some, as you might notice from this post …).

A contest entitled “Il muro che unisce” (the wall that brings us together) called 12 international and Italian street artists to create a 260 meters long artwork, for a total area of 676 square meters on the outer fence of the parish area.
I REALLY and heartily suggest you to walk along it all. It’s like entering a new dimension.

Let’s go in another area of the city that can’t surely be defined as “center”.
In the last part of the long Via Taranto (Borgo Pace) you’ll see a famous contemporary italian poet, born in Lecce, Vittorio Bodini, by Checos’ Art and 167b street group. You’ll see him and his words flying over the suburbs.

The group is also involved in the results of another urban art project called Re:collect, putting together Italian and Romanian street artists. They worked at the local visual story telling of the area called Ponticelli and of the outer walls of the experimental theatre Koreja (Via Guido Dorso, 70).

You’ll see other graffiti on several school walls in the suburbs, such as the high school Banzi (Piazza Palio), where the history of human kind is summed up like a walk in the direction of science and maths, Virgilio high school and Antonietta De Pace (Via Miglietta).

If you come to Lecce, get out off the beaten paths, have a walk on the wild side and get surprised.

This website uses cookies to improve your experience while you navigate through the website. Out of these, the cookies that are categorized as necessary are stored on your browser as they are essential for the working of basic functionalities of the website. We also use third-party cookies that help us analyze and understand how you use this website. These cookies will be stored in your browser only with your consent. You also have the option to opt-out of these cookies. But opting out of some of these cookies may affect your browsing experience.
Necessary Sempre abilitato
Necessary cookies are absolutely essential for the website to function properly. This category only includes cookies that ensures basic functionalities and security features of the website. These cookies do not store any personal information.
Non-necessary
Any cookies that may not be particularly necessary for the website to function and is used specifically to collect user personal data via analytics, ads, other embedded contents are termed as non-necessary cookies. It is mandatory to procure user consent prior to running these cookies on your website.
Functional
Functional cookies help to perform certain functionalities like sharing the content of the website on social media platforms, collect feedbacks, and other third-party features.
Performance
Performance cookies are used to understand and analyze the key performance indexes of the website which helps in delivering a better user experience for the visitors.
Analytics
Analytical cookies are used to understand how visitors interact with the website. These cookies help provide information on metrics the number of visitors, bounce rate, traffic source, etc.
Advertisement
Advertisement cookies are used to provide visitors with relevant ads and marketing campaigns. These cookies track visitors across websites and collect information to provide customized ads.
Others
Other uncategorized cookies are those that are being analyzed and have not been classified into a category as yet.
ACCETTA E SALVA